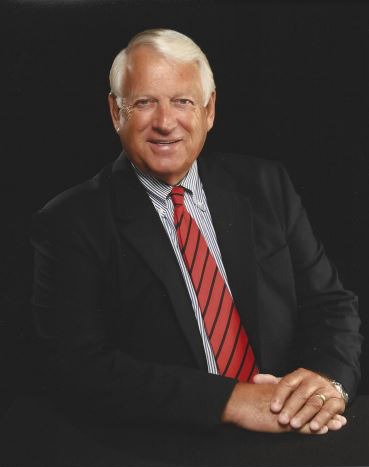 John Amos graduated of the T. C. Williams School of Law at the University of Richmond in 1966.  From 1966-1970 he served in the Air Force as a Judge Advocate.  After leaving military service Mr. Amos worked for the Department of Housing and Urban Development both in Washington D. C. and in the Richmond, Virginia regional office as Area Counsel.  In 1973 he was hired by Reynolds Metals Company working first in their Law Department as an attorney and then on the business side of the company advancing to the position of a General Manager where he was responsible for energy procurement, company environmental compliance, safety, occupational health & toxicology, commodity hedging and oil and coal operations.

In 1999 Mr. Amos retired from Reynolds Metals Company and opened the law firm of Amos & Amos, PLLC in Goochland Virginia with his son Marc Amos.  Another son, Reed Amos joined the law firm in 2009.

His practice includes criminal defense and family law and he serves as a court appointed guardian ad litem in cases involving children.  Mr. Amos advises on wills and estate administration.  He is also involved in business formation and commercial transactions.  He recently served for many years as general counsel to the Richmond Regional Planning District Commission.

John Amos was born, raised and presently resides with his wife in Goochland County Virginia.